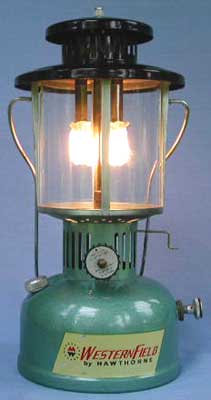 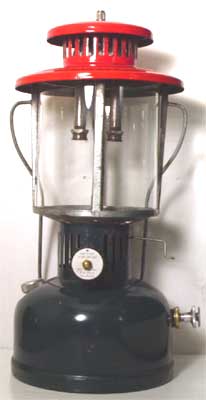 The Rinnai Corp. in Japan made this lantern in the mid 1960’s as Western Field brand, Model EKW 9516A for Montgomery Wards (left) and as Model 60-9516 with a green fount and red porcelain ventilator. The pump handle has two parts at the end that must be separated to lock it down, as explained on a decal on the back of the fount. The lantern on the right is in Thomas Kivler’s collection. 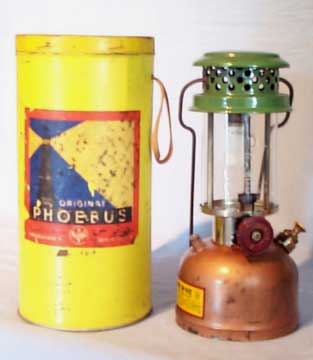 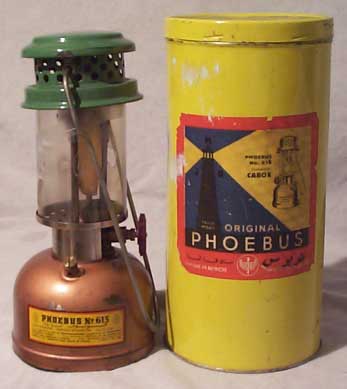 Phoebus Model 621 is a gasoline fueled, 200 cp lantern (Neil McRae). The red valve wheel (left) is only for the tip cleaner, while the black valve wheel (right, opposite side) is for instant lighting and running the lantern. This lantern is in Ralph Trask’s collection. 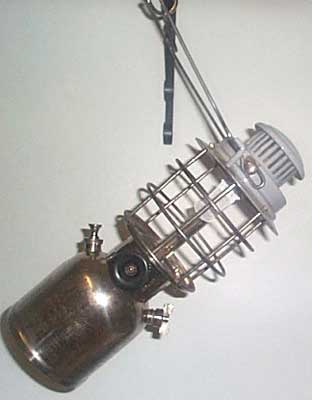 Phoebus Model 631 has a bail that has been modified with a long loop that engages a post on the ventilator so that it can hang at an angle. This feature minimizes the blockage of light on a subject. This lantern is in Henry Plews’ collection.

Phoebus Model 635, in Doron Papo’s collection, is a 300cp kerosene fueled lantern model. Neil McRae notes this one is unusual in having a Bakelite knob and brass finish.

Phoebus made this lantern in collaboration with the Coleman Company. It has the same parts as Coleman Model 242 except for the collar stamping (lower image) with lighting instructions in German on the other side This lantern is in Agtas Tahsin’s collection. Please contact me if you have information on this model.

Neil also owns this Model 665 Phoebus lantern, a 500 cp kerosene model, which is seen in operation in this image. To replace the gasket on the filler cap he had to unsolder the filler cap from the pump tube and resolder it after replacing the gasket!

This Santrax lantern, Model 829, was made by Santromax Ltd., Hong Kong, and is chrome-on-steel construction. It is another 500 cp version in the Petromax genre. This one is in new condition and is in Brien Page’s collection. 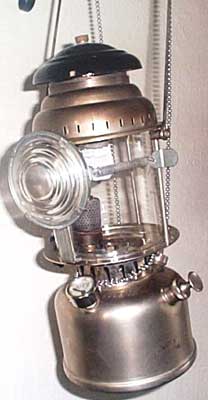 These Model 551LD lanterns were made by Eugene Schatz Zuger Lampen, Zug, Switzerland. This post WWII model appears to be a variation of the Hasag model 551, the variation being the alcohol cup seen to the left of the globe base (left image). The lantern on the left is in Herman Mulder’s collection, while the lantern on the right, shown hanging for hospital use by chains and with a lens to focus the light, is in Henry Plews’ collection. 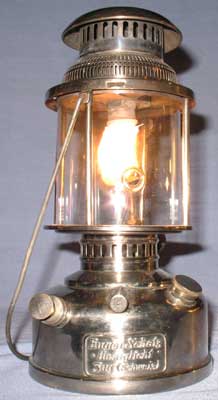 This Maxim Liliput kerosene or gasoline fueled lantern is badged Eugen Schatz, Hasaglicht, Zug, (Schweiz). The upper portion is Model 21 (Maxim) with a Liliput fount (Neil McRae). There is a pressure relief valve in the middle of the fount near the top. The alcohol preheater cup (not visible) is molded into the frame base plate. This lantern is in Roland Dworschak’s collection. 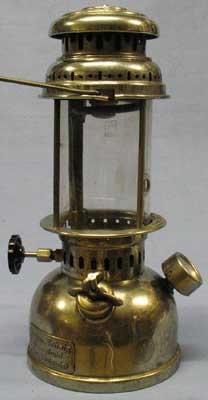 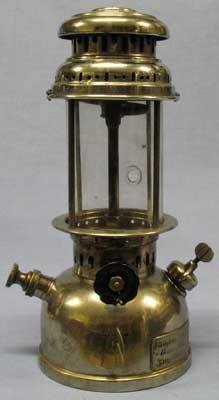 This Model 34A lantern is also badged Eugen Schatz, Hasaglicht, Zug, (Schweiz), and is in Ruedi Fischer’s collection. The ventilator is held by a bayonet mount. The globe has a lighting hole. This lantern includes a manometer (left image). 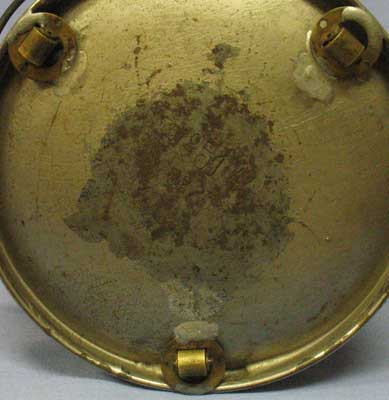 Another lantern badged by Eugen Schatz, Hasaglicht, Zug, (Schweiz), this Model 5144A can be run with either kerosene or gasoline producing 300 cp. This lantern, in Ruedi Fischer’s collection, has 3 rollers on the bottom of the fount so it could be used by brick masons working on the inside of large baking ovens – the lantern can be moved by gently pushing with a foot so as not to be in the way.

Eugen Schatz, Zug, (Schweiz) also made this Hasaglicht, Model 151A gasoline fueled lantern. The extra large fount would be useful in places such as poultry houses where the light must be on for a long time. The ventilator on this lantern, in Ruedi Fischer’s collection, is from another lantern. 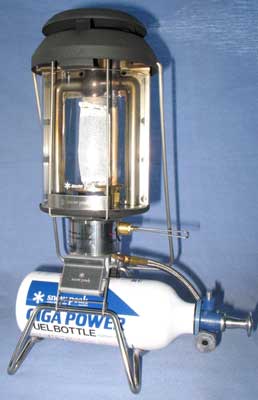 Snow Peak, a Japanese company, makes this Giga Power WG lantern that runs on white gas and is rated at 240 watts. This lantern, in Ernst Frei’s collection, has the pump built into the fuel bottle. The start-run lever is above the pump and the wire lever in the collar controls the low-high light output. 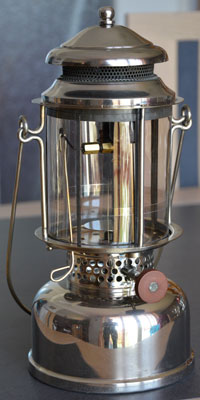 Summit, a company in The Netherlands, made this Model 266, based on a design of the National Stamping & Elec. Works, Chicago, USA. The torch lighting lantern on the left is in Patrick Louis dit Picard’s collection. The heat deflector on the lantern in the right image, in Henk Kloosterman’s collection, is stamped Summit Lantern, Trade Mark, Made in Holland. This version of Model 266 is circa 1930-36 (McRae).

Summit later made this version of the Model 266 lantern, in the Petromax style, perhaps after 1936 (McRae). The lantern, in Ed Bosscher’s collection, is also stamped Petroleum 266 on the side of the fount. 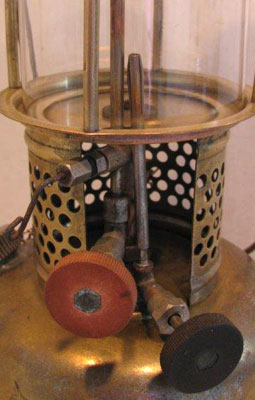 Summit also made Model 265B, a gasoline fueled lantern. The controls (right image) include a tip cleaner lever to the left, a red valve for running the lantern, and a black valve for preheating – note the fuel delivery tube that terminates near the bottom of the generator This lantern is in Peter Maes’ collection.

Model 265A is the same as Model 265B above but has a 5 cm shorter fount. The badge on the base rest (lower image) only identifies it as model 265. This lantern, in Neil McRae’s collection, lacks the preheater fuel delivery tube that can be seen on Model 265B above.

Neil McRae found this lantern in England. It bears some resemblance to German made BAT and Hasag lanterns he has in his collection. The logo in the base (right image) is a complete mystery. Please contact me if you can help him identify it.